Advocates, activists, and scholars have long neglected the plight of women facing capital punishment, whose unique needs and challenges are often overlooked in criminal legal systems designed by and for men. The Alice Project is the first global research-based advocacy project fighting gender discrimination in death penalty cases. We combine research, advocacy, training, and legal representation for women and gender minorities facing the death penalty to illuminate the intersectional discrimination they face before, during, and after trial.

The Alice Project honors Alice Nungu and the many women and girls who have suffered under legal systems blind to the discrimination and inequality that have marked their lives.

Alice Nungu received a death sentence in Malawi after killing her abusive husband in self-defense. After inflicting years of violent abuse, Alice’s husband came home one night intoxicated and angry, and found Alice asleep with her elderly mother. He started beating Alice with his fists and kicking her with his feet. When he picked up an axe, Alice feared for her life and the life of her mother. She struggled to fight back, wrenched the axe from her husband, and struck him with it. He died from his injuries.

Alice immediately reported the death of her husband to the police, expecting to encounter understanding. Instead, she found herself on trial for murder. A few months later, a court sentenced her to the mandatory death penalty.

Alice spent twelve years on death row, where her health deteriorated as a result of the HIV she had contracted from her husband, inhumane living conditions, and lack of food. In 2015, with the help of the Center, the High Court of Malawi finally considered evidence of the years of intense abuse that Alice had endured. Given her poor health and the time she had already served, the court ordered her immediate release. On the day she left prison, when this photograph was taken, Alice was frail, barely walking, and short of breath. She died only weeks after her release, in her village, with her mother by her side.

Women and gender non-conforming people represent an understudied population on death row. Only a handful of scholars and activists have devoted attention to the impact of gender on capital sentencing patterns, and none have examined the issue from a global perspective. The empirical comparative data is often fragmentary and superficial. For many countries, we lack even the most basic information, such as the number of women on death row and the offenses for which they were convicted. The Center aims to bridge these gaps in knowledge by conducting qualitative and quantitative research into the causes and consequences of women’s capital sentences.

In September 2018, the Center published a global study on the situation of women and girls facing the death penalty around the world, Judged for More than Her Crime. The report analyzes the available evidence from around the world to conclude that women often receive death sentences in proceedings inflected by gender bias and in a legal system that is blind to the gendered realities of women’s lives. Many courts, for instance, fail to consider domestic violence as a factor mitigating against the imposition of capital punishment in cases where women kill their abusers. Courts frequently fail to consider the gendered reality of women’s lives when deciding whether or not to pass a sentence of death, and women who do not conform to gender expectations are likely to receive harsher sentences. Our report also emphasizes that the death penalty exacerbates pre-existing gender inequalities, exposing women to lower quality legal representation (because women generally have fewer resources than men), a dearth of critical family support, and harsh conditions of imprisonment.

Our research will lead to further thematic reports exploring the intersection between gender and the death penalty.

Building a movement lies at the heart of our advocacy to promote the rights of women and gender non-conforming people facing a sentence of death. Whether we are fighting an individual injustice or a group harm, our advocacy before national courts and international human rights bodies builds upon the data and analysis we develop in our research, and the precedent-setting strategies we refine with our partners. Our objective is to strengthen legal actions that highlight the systemic nature of gender-based discrimination, so that our work benefits not only our individual clients, but also the development of international law itself.

We focus on an intersectional approach to advocacy for women on death row. This means that we rely on partnerships with organizations and experts working in other fields, including gender, mental health, poverty, and migrant rights, to understand how each sphere of disadvantage interacts with criminal law.

In order to build a movement for positive change, it is critical that advocates educate stakeholders on issues of gender and intersectional discrimination. Our gender-sensitive training program increases the capacity of criminal defense lawyers to defend women and gender non-conforming people facing the death penalty, to investigate and present gender-specific mitigation, and to combat gender bias in the courts. We have also participated in regional judicial trainings and developed resources for use by lawyers, judges, and policy-makers to offer practical guidance on how to incorporate a gender lens into their work.

Stories of Women on Death Row

Courts and criminal laws tend to tell certain kinds of stories about women whom they sentence to death. Often painting them as unfaithful wives, neglectful mothers, or ungrateful daughters, these narratives draw upon gender stereotypes to distinguish between “good” women—deserving of benevolent mercy—and “bad” women, deserving of harsh punishment. In this series, we tell a different kind of story. Profiling women from around the world who have faced or continue to face the death penalty, we shine a light on how gender inequality has shaped their lives and how gender-based discrimination inflected the legal outcome in their cases. Each profile highlights how courts and society at large fail women who have been subjected to gender-based violence, or who do not conform to expected gender roles.

Introducing Her Whole Truth: Telling the Stories of Women Under Sentence of Death 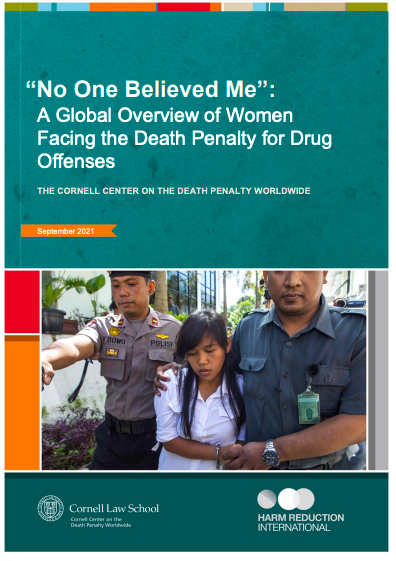 In some countries, the overwhelming majority of women on death row were sentenced for capital drug offenses. This report examines... 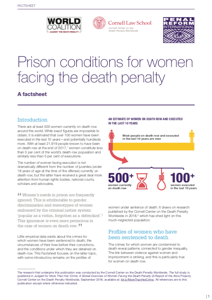 Prison conditions for women facing the death penalty: a factsheet

There are at least 500 women on death row around the world, but they do not receive much attention in... 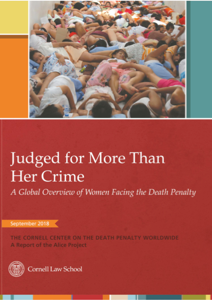 Judged for More Than Her Crime: A Global Overview of Women Facing the Death Penalty

The cases of women condemned to death have revealed significant patterns of arbitrariness and gender-based discrimination in the application of...

Introducing Her Whole Truth: Telling the Stories of Women Under Sentence of Death

Women and gender nonconforming people on death row are a woefully understudied population. In September 2018, the Center published the... 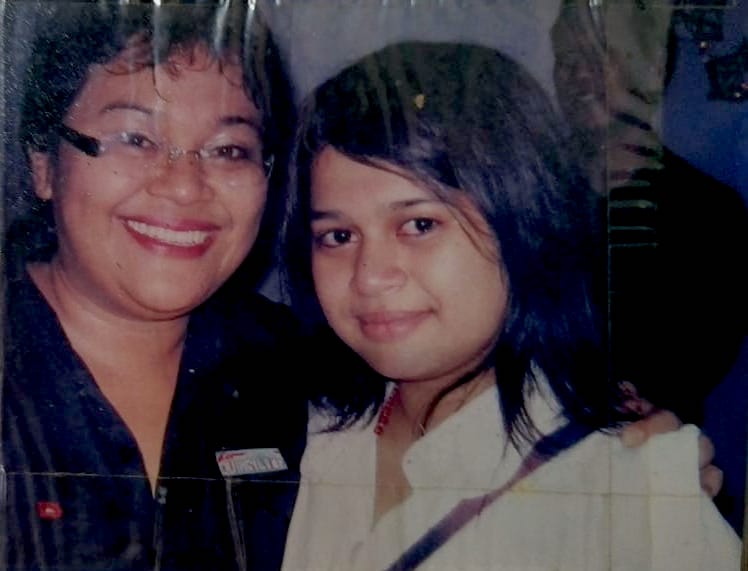 Merri Utami is a grandmother who has spent 19 years awaiting execution in Indonesia. Merri was convicted of illegally importing... 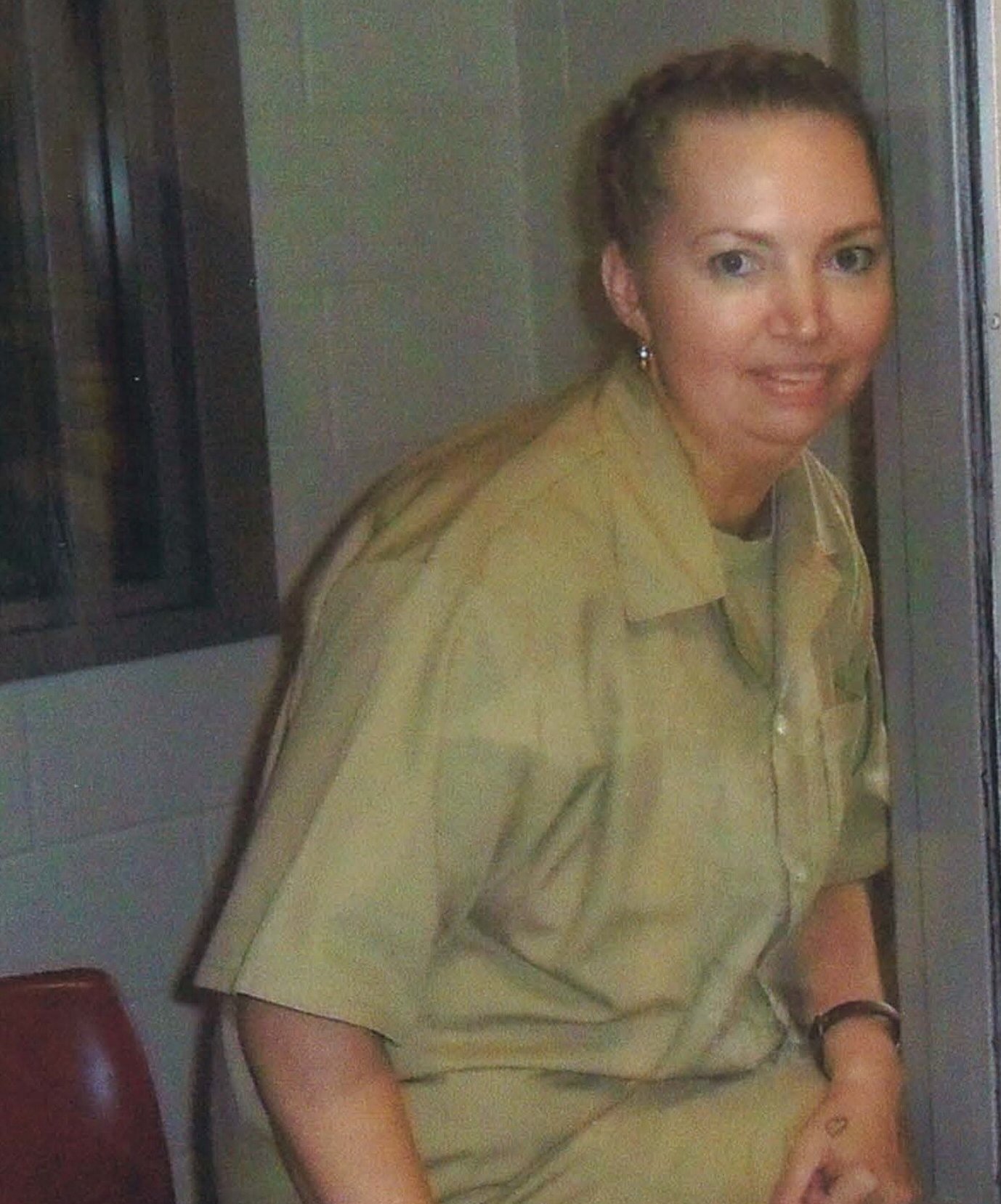 UPDATE: We are devastated and outraged. Lisa Montgomery was executed in the early hours of January 13, 2021. On January... 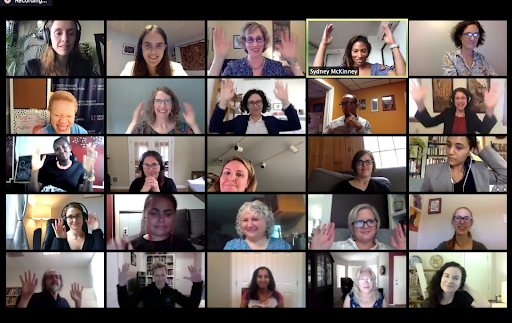 On September 24 and 25, the Cornell Center on the Death Penalty Worldwide, the National Black Women’s Justice Institute, The...

UPDATE: Marie Dawandala, Damaris Doukouya, and Martha Weteya were acquitted in October 2020. Thank you to everyone who advocated on their... 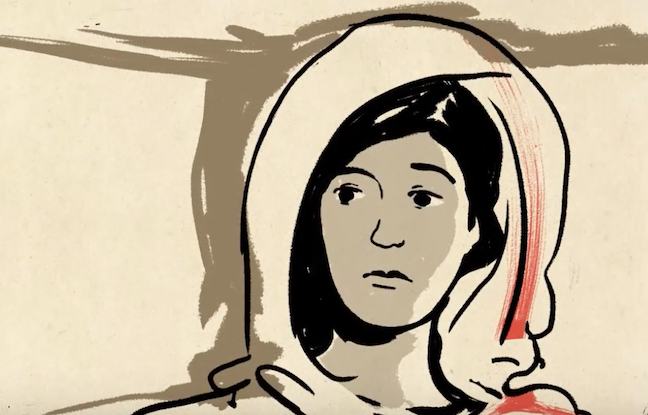 UPDATE: The Supreme Court commuted Kanizan Bibi’s death sentence in February 2021. Thank you to everyone who advocated on her... 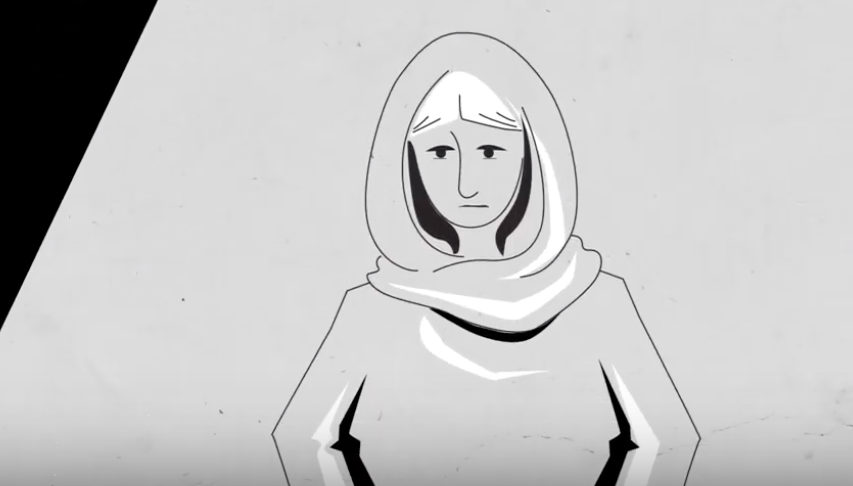 Kanizan Bibi is a fragile, mentally ill, 46-year-old woman who has spent over 29 years awaiting execution in Pakistan. She... 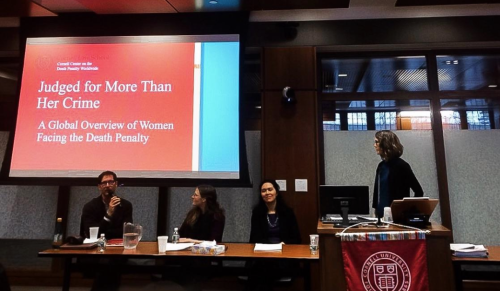 March 8, 2019—On International Women’s Day, it is only fitting that we report on the launch of the “Alice Project,”...