World Day Against the Death Penalty

World Day Against the Death Penalty, this past Sunday October 10, 2021, marked an important milestone in the international community’s recognition of women facing capital punishment. This year’s World Day theme is Women Sentenced to Death: an Invisible Reality. This historic World Day theme is the first that focuses on women facing execution, recognizing a long neglected population in discussions and advocacy surrounding the death penalty. The World Coalition Against the Death Penalty chose this year’s theme as a direct result of the efforts of the Cornell Center on the Death Penalty Worldwide (CCDPW) to elevate the issue of women and extreme sentencing to a global level.

The CCDPW has been a leader for years in urging the international community to recognize the issues affecting women facing the death penalty. In 2018, the CCDPW, in collaboration with the World Coalition Against the Death Penalty, published Judged for More Than Her Crime, the first research report to provide a global overview of women facing death sentences. The report highlighted how gender bias infects women’s trials, and how courts often ignore the gendered realities of women’s lives. The publication of the report launched the Alice Project, the first global research-based advocacy and litigation project fighting gender discrimination in death penalty cases.

Additionally, over the past three years, the CCDPW has fostered the growth of the Alice Network, a coalition of advocates and organizations working at the intersection of women and extreme sentencing, by hosting two Alice Network Convenings. The CCDPW hosted the second annual Alice Network Convening in September 2021, in collaboration with the National Black Women’s Justice Institute (NBWJI) and The Sentencing Project, our two core US partners in the Alice Network. The event united advocates from across the social justice spectrum, including lawyers, LGBTQ+ activists, prison and death penalty abolitionists, gender justice activists, human rights defenders, and formerly incarcerated people. It also provided an opportunity for advocates to share knowledge, strategize, and form partnerships. The CCDPW, the NBWJI, and the Sentencing Project asked the convening participants to set collaborative priorities for the movement to end extreme punishment for women, gender non-conforming individuals, and transgender individuals and will be working with attendees to achieve these goals collectively. 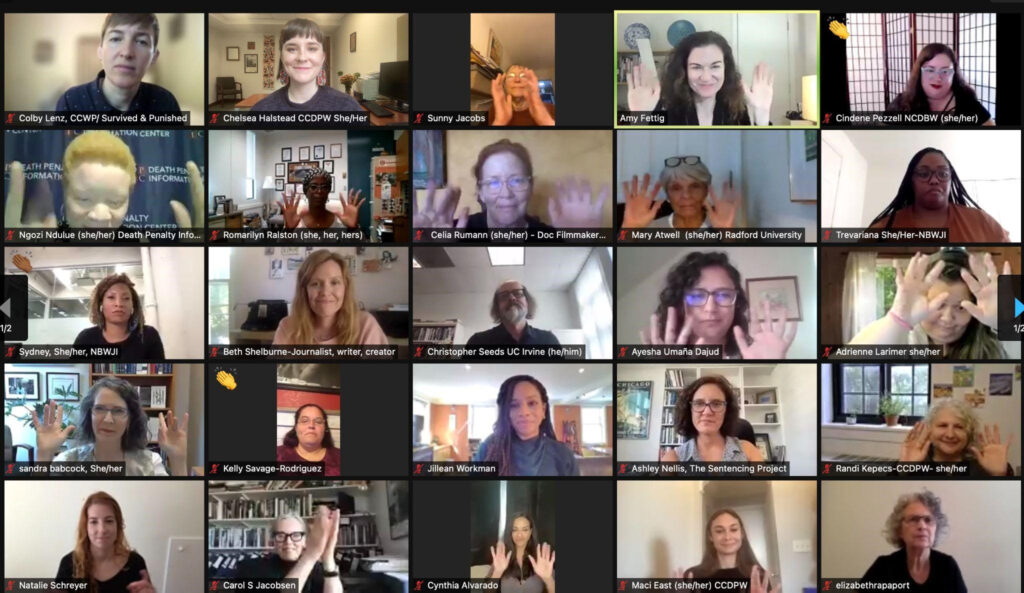 To commemorate World Day 2021, the CCDPW also published two critical tools to support advocacy for women facing capital sentences. The first, “No One Believed Me”: A Global Overview of Women Facing the Death Penalty for Drug Offenses, fills gaps in existing research on women facing the death penalty. The second, Defending Women and Transgender Persons Facing Extreme Sentences: A Practical Guide, provides lawyers with resources to improve their representation of women, gender non-conforming people, and transgender persons in capital cases.

On Wednesday, October 6, the CCDPW, in collaboration with Harm Reduction International, launched its report “No One Believed Me”: A Global Overview of Women Facing the Death Penalty for Drug Offenses at the United Nations Human Rights Council in Geneva. 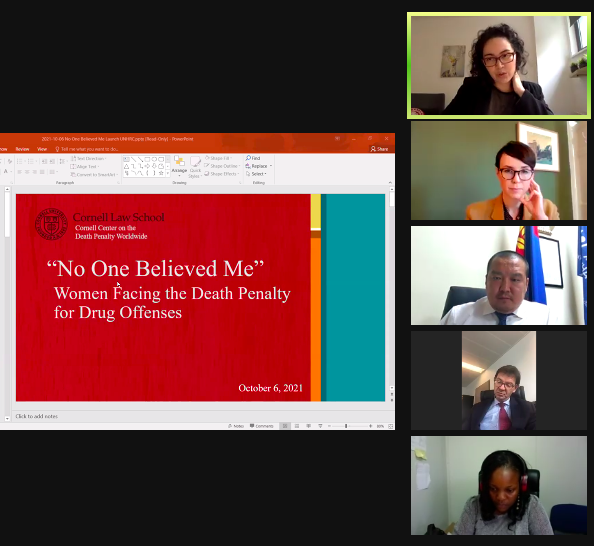 Report Co-author Delphine Lourtau presents the CCDPW’s report “No One Believed Me” at the United Nations Human Rights Council.

“No One Believed Me” focuses on women facing capital drug convictions around the world. The report highlights how, in countries that implement the death penalty for drug offenses, an overwhelming majority of the women on death row were convicted of drug-related offenses. Report Co-author Delphine Lourtau explained during the launch that the report’s gender focus exposes arbitrariness in justice systems by “illuminat[ing] a key principle about how the death penalty operates: those who receive the death penalty are most marginalized in society.” The report examines how the discrimination that women face in patriarchal societies shapes their pathways to drug offending, and how courts often ignore the gendered factors that push women into drug trafficking. The report draws on case studies to provide a series of urgent recommendations to governments, lawmakers, the judiciary, prison authorities, and civil society on how to address gender discrimination in capital drug policy.

The next day, on Wednesday, October 7, the CCDPW published a second publication, Defending Women and Transgender Persons Facing Extreme Sentences: A Practical Guide. The CCDPW launched this manual during a webinar that it co-sponsored with Witness to Innocence: Defending Women Facing the Death Penalty: A Global Call to Action. During the webinar, Debra Milke and Sabrina Butler-Smith, who were both exonerated from death row, discussed their experiences of being wrongfully convicted of capital crimes. Three lawyers from around the world—Pamela Okoroigwe from Nigeria, Sarah Belal from Pakistan, and CCDPW faculty director Sandra Babcock from the US—discussed their experiences within the criminal legal system and the utility of a practical tool focused on defending women. The panel highlighted the need for gender-sensitive legal representation in capital cases.

The manual is the first published resource for defense teams representing women and transgender persons facing extreme sentences. The guide provides information about gender-based violence, women’s mental health, prison conditions, discrimination in the legal system, and how lawyers can work with the media and build gender-sensitive teams. It also includes a detailed gender-sensitive interview protocol tailored to the needs of defense teams. In keeping with the CCDPW’s commitment to increasing accessibility to critical, potentially life-saving knowledge, this practical guide is available for free to download from the CCDPW’s website. 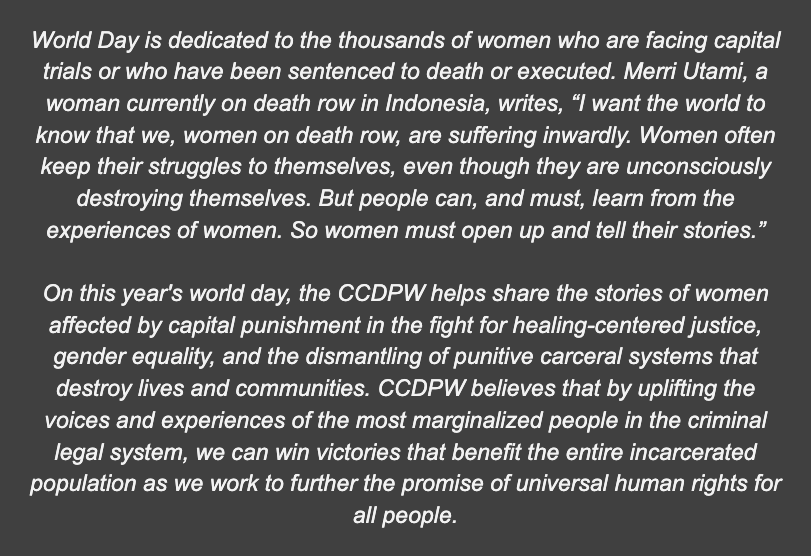