Kanizan Bibi is a fragile, mentally ill, 46-year-old woman who has spent over 29 years awaiting execution in Pakistan. She is currently in a prison that holds twice as many people as its capacity. As COVID-19 spreads worldwide, she is at a particular risk of serious harm from the virus due to her inability to communicate or take precautions. We urge the Government of Pakistan to move her to a mental health facility where she will be safer while they wait to reconsider her case.

On International Women’s Day, 11 organizations issued a joint statement urging the government to exercise their powers and take action in her case. Soon thereafter the Supreme Court scheduled a hearing in her case for March 30, 2020.

However, due to the COVID-19 outbreak, the hearing has been cancelled. While this is a responsible move to protect court staff and the Justices, Kanizan has been left in a precarious situation.

Kanizan is currently at Central Jail Rawalpindi, which holds nearly double the prisoners it has capacity for. This means none of the people in detention there can practice social distancing. Cleanliness and hygiene cannot be ensured due to scarcity of resources and lack of proper plumbing, especially on death row. 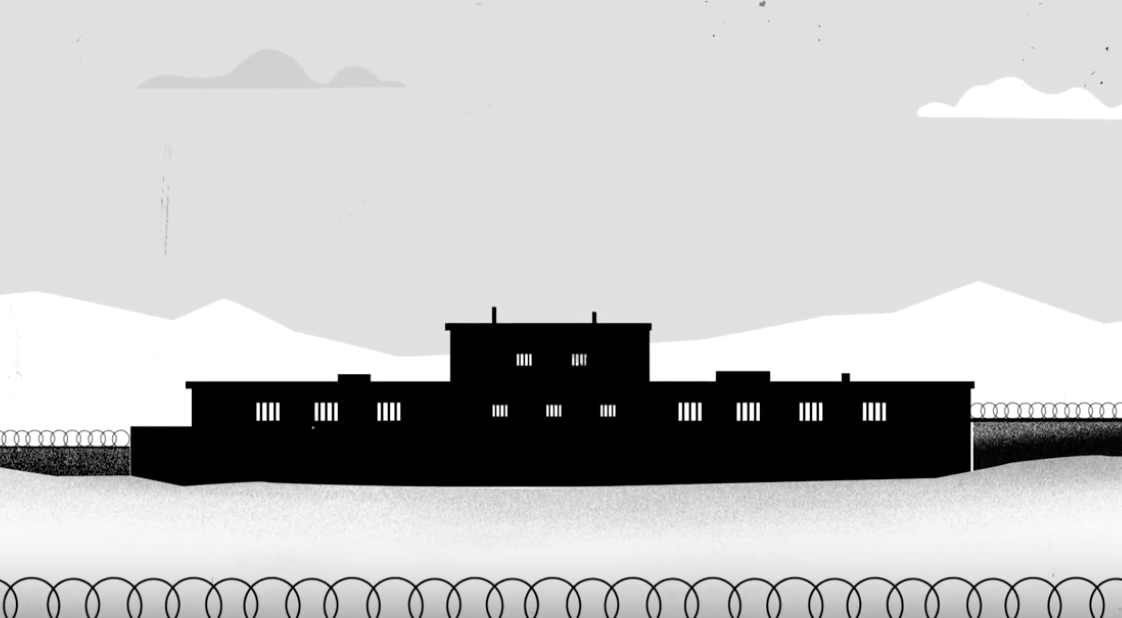 A drawing of Central Jail Rawalpindi from a video about Kanizan Bibi made by the New Media Advocacy Project and Justice Project Pakistan.

Kanizan is severely mentally ill and is often unable to care for herself. She is mostly unattended and lacks proper treatment of her mental illness. Kanizan is not able to take preventive measures on her own, such as thorough hand washing. She may not even be able to identify her symptoms. As she has not spoken a word in over a decade, and usually cannot register when someone is speaking to her, she will not be able to reach out for assistance if needed.

Kanizan is approximately in her late 40s. Due to her severe mental illness, inability to communicate, and inability to take protective measures, she is vulnerable to contracting COVID-19 and for this disease to potentially threaten her life.

As death tolls rise exponentially around the globe, Kanizan Bibi is at risk if she is not urgently shifted to a facility that can care for her more effectively. Her case can be heard by the Supreme Court at a later date, but in the interim, she must be shifted to a mental health facility where she can practice social distancing, where she is assisted in taking preventative measures, and where personnel can monitor her health carefully.

The Government of Pakistan must act now to ensure the health and safety of mentally ill and physically ill people in Pakistan’s prisons, and must shift Kanizan to a safer environment immediately in order to prevent these risks.