On March 7, 2018, the Cornell Center on the Death Penalty Worldwide launched its new report entitled Justice Denied: A Global Study of Wrongful Death Row Convictions at the United Nations in Geneva, Switzerland. The report is a first-of-its-kind comparative study of the risk factors that increase the likelihood of wrongful convictions. The report illuminates the similarities in wrongful conviction risk factors in six countries across the geographical and political spectrum: Cameroon, Indonesia, Jordan, Malawi, Nigeria, and Pakistan.

What animates the report, however, is not just crisp analysis. Instead, stories about the wrongfully convicted people who populate death rows around the world bring this problem to life. These men and women languish with little hope of freedom—or even of living out their natural lives—for the very same reasons they were condemned in the first place: lack of resources and lack of effective counsel.

For capital defendants, poverty and injustice often go hand-in-hand. People who cannot afford to pay their own lawyers must accept whatever representation the state has chosen to fund. And most states grossly underfund and under-resource the public defenders and court-appointed counsel who defend those branded “the worst of the worst”. Low salaries, high caseloads, and difficult working conditions also deter experienced lawyers from taking these jobs.

Aftab Bahadur was only 15 or 16 years old when he was convicted of killing a politically-connected woman and her two sons in Pakistan. At the time of his arrest, Aftab worked as a plumber’s apprentice. His meager wages weren’t enough to buy a lawyer’s time, so Aftab relied on his state-assigned counsel who failed to investigate even a basic biographical fact: Aftab’s age. Pakistani law forbids the execution of juveniles. But Aftab’s counsel never asked his age or gathered school records to confirm he was a child. So the judge, believing Aftab was 20 years old, sentenced him to death. 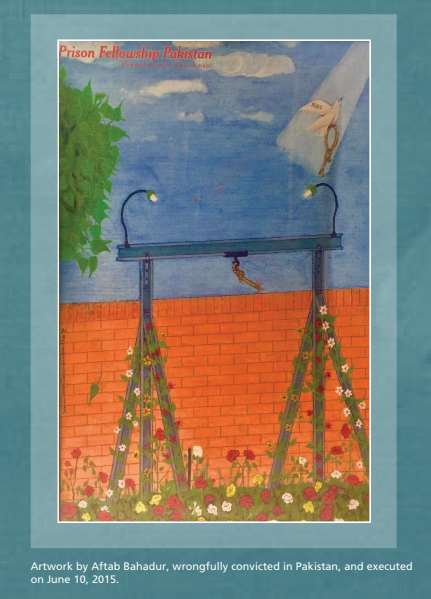 Though pro bono lawyers represented Aftab in post-conviction proceedings, by that time, 20 years had passed. Records corroborating the alibi Aftab had given his trial counsel had been destroyed. Aftab’s family was too poor to negotiate a private reprieve available under Shariah law. And the President rejected his clemency petition without meaningful review. As the execution date approached, both the head prison warden and a recanting witness pleaded for Aftab’s life. Their efforts were not enough. Aftab was executed on June 10, 2015.

Poor representation heightened Moctar Amadou and Salissou Moussa’s vulnerability as well. The two men, an uncle and nephew, were hauled before a military tribunal. Their village headman had accused them of crossing into Nigeria to provide medical care to injured Boko Haram fighters. The only evidence was the village headman’s word, and at the time, the three men were embroiled in disputes over the village chieftainship and a property inheritance matter. The state granted no resources for investigation and permitted trainee lawyers who were not licensed to practice law to represent them. The prosecution relied entirely on hearsay. Since none of the accusers testified, it was impossible to cross-examine them, and the defense presented no evidence of its own. Even so, the court convicted the men and sentenced them to death.

Unlike Aftab, however, Moctar and Salissou had family who could afford to hire an experienced lawyer for their appeal. The family convinced nine witnesses to travel to the intimidating, distant military tribunal for the appeal hearing and covered all of their travel expenses. The witnesses established the men’s alibis and explained the accusers’ political motivations to the court. In a rare act, the military tribunal overturned Moctar and Salissou’s convictions, finding that they had been based on rumor. Had their families been poor, they would still be on death row today.

While Aftab, Moctar, and Salissou’s stories are unsettling, they are far from uncommon. Every country that retains the death penalty runs the risk of executing innocent people. As these men’s stories show, that risk is even higher for vulnerable people—especially the poor. Though no system, however well-funded, can entirely eliminate error, the reversal of Moctar and Salissou’s convictions shows the difference experienced, resourced legal counsel can make. As long as states fail to fund the representation of capital defendants, they undervalue justice, and innocent people pay the price.